Ghosts 'n Goblins, known as Makaimura (魔界村, lit. "Demon World Village") in Japan, is the first game in the Ghosts 'n Goblins series developed by Capcom. The game was originally released in 1985 for arcades and has since been ported to numerous home platforms. Its direct sequel is Ghouls 'n Ghosts.

In Ghosts 'n Goblins, the player assumes the role of Arthur, a knight who must venture into the Demon Realm village in order to rescue his princess sweetheart. Arthur uses a variety of projectile weapons such as lances, axes, and daggers to eliminate anything that stands in his way.

The story as seen in the Ghosts 'n Goblins ad flyer:

Many conversions to home computers were produced by Elite Systems.

The Commodore 64 version, released in 1987, featured gameplay. Programmed by Chris Butler, it is also known for its music by Mark Cooksey. Due to the limited resources on the Commodore 64, it was somewhat different than the arcade version. It only featured the Graveyard and Forest, The Ice Palace, The Floating Platforms and Fire bridge and The Caves in that order. The player also started the game with five lives. The demon that kidnapped the princess replaces Astaroth in the title screen. Additionally, the Unicorn is the boss of levels one to three, and the Dragon is the final boss.

A version for the Commodore Amiga was released in 1990. While the advanced hardware (for the time) of the Amiga allowed an almost arcade-perfect conversion, it failed to emulate the success of the Commodore 64 version. The player started the game with six lives and no music was present unless the Amiga was equipped with at least 1 Megabyte of RAM. The standard configuration of an Amiga 500 was 512 Kilobytes.

The original arcade version of the game was also included in the compilation Capcom Generations Vol. 2: Chronicles of Arthur for the PlayStation (in Japan and Europe) and Sega Saturn (in Japan only), which also contained Ghouls 'n Ghosts and Super Ghouls 'n Ghosts. The three games (based on their Capcom Generation versions) were later collected as part of Capcom Classics Collection.

This game, along with its sequel, Ghouls 'n Ghosts, is available for play on GameTap. 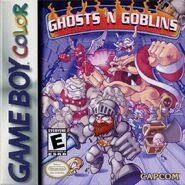 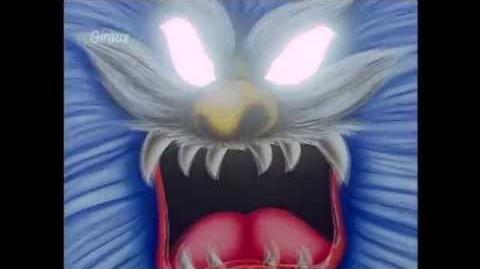 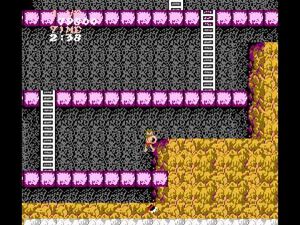