Nebiroth's powers are similar to Astaroth's, but more powerful. His fire breath is almost like a flamethrower, going all the way until it finds where to impact and ricochet. Both mouths can now release a laser beam, resulting in a huge beam of white-hot energy that will disintegrate everything in its path.

Nebiroth appears in Namco × Capcom, in which after Astaroth's defeat, the higher ranking demon Nebiroth was entrusted to rule the Demon Realm Village in his place, and he used Astaroth as a pawn to make others believe he was still the ruler. After Astaroth's second defeat in Chapter 34, Nebiroth reveals himself to be the new ruler of the village and attacks alongside two Astaroths. Despite their great power, Nebiroth and the Astaroths are killed by Arthur and his companions, and the demon village is destroyed. They revive and return in the final chapter for a rematch, but are slain again. 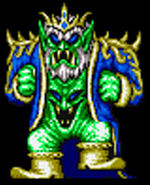 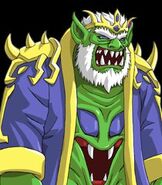 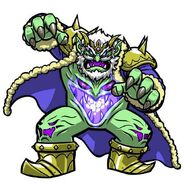