normal pop up enemies
Not to be confused with Grim, the individual Grim Reaper from the Maximo series.

Skeleton Murderer (死神, "Grim Reaper") is an enemy from Ghouls 'n Ghosts that basically come up from the ground and walk towards Arthur. Some pop up from the sides of the bushes. They act much like the Zombies from Ghosts 'n Goblins.

These collectors of human souls can emerge from almost anywhere. Usually, they only hunt those who are dying, but in the Demon Realm they will attack anyone to defend the front. 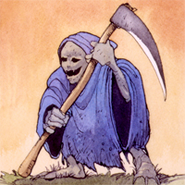 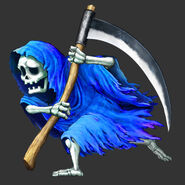 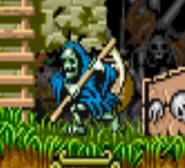