In his dying breath, Lucifer says that he will not be completely gone and swears that he will eventually revive and return to reign the world. Before this would happen, Arthur decides to travel in search of a weapon powerful enough to completely extinguish Lucifer. While seeing Arthur off in his journey, Princess Prin Prin was sure that Arthur would someday return, and the people began the reconstruction of the damaged castle and town.

After 4 years and some months, the town was crowded with people who celebrate the complete reconstruction. Arthur, hearing about this in a neighboring country, rushes back to the kingdom. With the town rebuilt and reuniting with Arthur for the first time after years, the princess was full of joy and the two tightly embraced each other.

In Super Ghouls 'n Ghosts, the player once again assumes the role of the knight Arthur, with new weapons and abilities available. Featuring enhanced graphics and sound over its predecessor, Arthur now has the ability to double jump, adding a whole new level of strategy to the game. However, unlike in Ghouls 'n Ghosts, Arthur no longer has the ability to attack upwards.

The SNES version of the game was released on the Wii Virtual Console on March 5, 2007 in North America.

The Game Boy Advance version, known as Chōmakaimura R in Japan, has an "Arrange" Mode. It included remakes of levels from the first two games. For more information about this version of Super Ghouls 'n Ghosts head here.

Underwear : After taking a hit, Arthur's armor will shatter, leaving him in only his boxer shorts. In this state, he is more vulnerable, as one more hit will kill him. If he was wearing the Green Armor or Gold Armor, his weapon goes back to its basic state. Arthur can go back to wearing the Steel Armor if he manages to find it in a treasure chest.

Steel Armor : This is Arthur's standard armor. It is a simple steel armor that protects the knight from one hit from his enemies. He starts the game with this armor. Should the player die, they will also restart with this armor, and it is automatically regained if the boss of the level is defeated while Arthur is in his underwear.

Bronze Armor : Also called the Green Armor, it can be obtained from a treasure chest when Arthur is wearing the Steel Armor. In addition to protecting Arthur from one hit, it also upgrades whatever weapon the knight is currently using.

Golden Armor : This is the best kind of armor that can be found in the game, and it can only be found in a treasure chest while Arthur is wearing the Green Armor. This final upgrade allows the player to use magic by holding the attack button. The magic that Arthur can cast varies depending on the weapon he's using. It usually comes with a Moon Shield, which not only protects Arthur from three hits from his enemies while he's standing still (It is uneffective when he is moving), but also shortens the time required to charge magic. 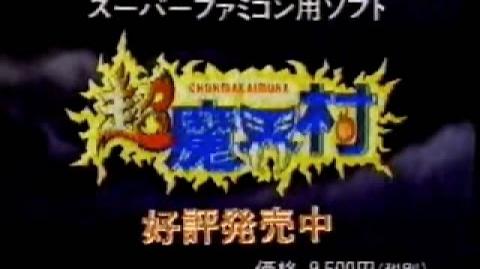