In the series, Arthur, Maximo, Lancelot and other playable characters may be temporarily transformed into something else by evil magic. The Magician is the most common source of transformations, but it may also be caused by other hazards and enemies, like Rangda and Hell Face.

The Magician's power can transform Arthur into a frog.

Depending of his current state when hit by evil magic, Arthur can be transformed into an old man (if he is without armor) or a duck (with armor).

Maximo's transformations have a few factors to them. There are 2 ways a wizard can show up, once per game session (so each time you restart from a hard reset of the game) and in a few preset locations.

The once per game flag in the game's code is triggered if you abuse the downward strike (on non stunned foes, but Ring of Pain attacks don't count against it thankfully). These flags turn on for a few very good preset locations as well though so you might never see them and they don't re-show unless you reset the game. And in general it isn't always fun cause the rewards of the chest they replace are good. They have several spots they are flagged to show and can show in any type of chest. Even a couple of metal chests and hidden chests (which will trigger if you leave the chest to perhaps save the contents of it but then go back to loot the chests you didn't want to open). 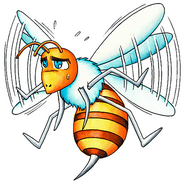 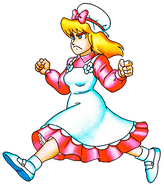 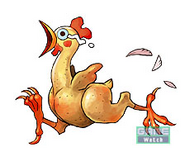 Moth in Ultimate Ghosts 'n Goblins
Add a photo to this gallery
Retrieved from "https://ghostsngoblins.fandom.com/wiki/Transformations?oldid=6796"
Community content is available under CC-BY-SA unless otherwise noted.